3 DAYS DESERT TOUR FROM MARRAKECH TO MERZOUGA DESERT AND FES

At Marrakech we will pick you up from wherever you prefer airport, hotel or riad . Our ultimate destination is to reach Ouarzazat the giant gate of Sahara  . before we’ll be stopping along the way to enjoy the road , while driving we’ll be passing by the gorgeous and picturesque landscapes of High Atlas Mountains , berber towns such as Taddert  . we’ll also be driving over the mountain pass Tizi n Tichka its high could reach 2260 m so better buckle up your seat belt .our first stop will be at the dignifying monument of the south Kasbah Ait Benhadou which by the way is only 30 km away from OUarzazat . the Kasbah is world heritage site acclaimed by the UNesco , and is a typical southern home from the 17th century .after getting to know this place we’ll be heading towards the African Hollywood , Ouarzazat . then on through the Road of the Thousand Kasbahs , an also heritage from the 17th century until we arrive to Kalaat Mgouna , also called the rose city , famous for its roses and an annual festival in which a beauty pageant competition takes place. And it’s where we will be spending the night in.

For today’s schedule we will have a mini tour in Boulmane Dades which is a small charmful town gained its current surface by the second half 20th century. It is considered to be holly because it contains the shrine of Sidi doud a good man. As we proceed along the way we will be overlooking cliffs of Dades valley in daylight. After that we will be presented in front of the gorgeous Todgha gorges; what is striking is that the rocks’ color changes through the day and they beautiful the most when the sun sets. We will have lunch in Todgha gorges. And at around 4 or 5pm we will arrive at our destination where camels shall await to take us all over to our nomadic camps where we will spend the night and have a yummy dinner under starry sky and cheerful atmosphere.

As soon as the light of the sun strikes make sure to witness a moment of glory , reddish colors reflected upon sand dunes , silence , calm and the sound of drifting breeze of the morning .we will have breakfast then drive upwards to Ziz valley, Ziz gorges.. we will pass by Erfoud and Midelt, the superb route which extends for more than 20km in which you could gaze at Ziz oued and numerous caves. We will stop at the Hassan addakhil dam completed in 1971, it supplies water to all the regions of Errachidia.  We will have lunch in Midelt a beautiful town famous for its important sum of fossils. We will also make a quick stop in Azrou specifically in Cedar forest to encounter the wide diversity of monkeys and apes. Late afternoon we will be found in Fez. 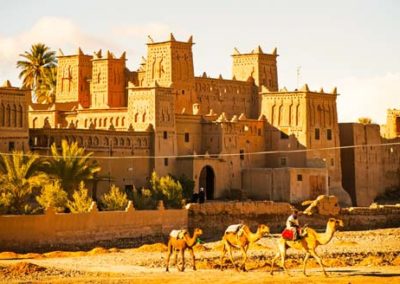 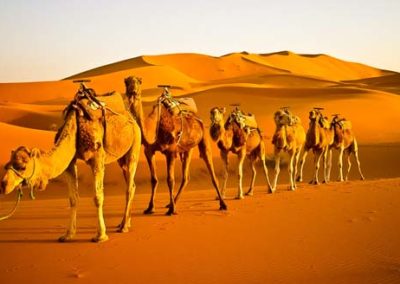 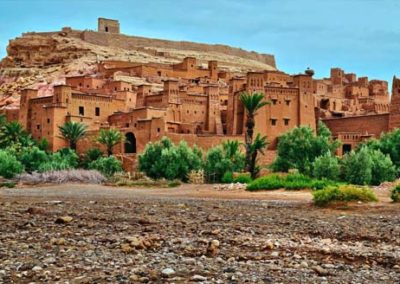