7 DAYS TOUR FROM FES TO MARRAKECH VIA DESERT

On this Fes Sahara Desert Tour, we will transfer you from the airport to your hotel. After having breakfast we will start our trip around Fez, one of the most important cities of the kingdom, and actually it is believed to be the first built city by the Idrissids, it is the spiritual, cultural, scientific and artistic capital of Morocco, walking down its narrow ancient streets of the medina you would feel as if time had stopped in the middle age, we will visit historical sites and buildings like the Quaraouine mosque which is also considered as the first university to ever exist founded in 859. It is a prestigious center for the Arab world, its influence grew as the Marinids took charge over it. Fez was divided into two ^parts fortunately they were reunited by Almoravids. And in the 11th century Fez became one of the major cities of Islam. At sunset we will drive upwards to a wonderful hill where we can overlook the whole city in one scenery. After that we go back to the Riad to rest and get ready for the next day.

Make sure not to miss the spectacular sunrise over the golden high dunes of Sahara. After that we will go back to the hotel , shower and have breakfast. Then we will drive to Rissani which was once the capital of Tafilalt region, also a very important trade center. It was founded at around 757 by the great Arab leader Moussa Ben Nasser, the region was considered important for trade because it laid on the length of the sahel Europe trade route, people were trading gold, and many goods. Besides it contains some major archeological sites like the roman ruins between the village and the river. It also contains an exquisite Kasbah built by Moulay Ismail which unfortunately had been destroyed by Ait Atta tribe in 1818.  The region is rich of history, it used also to be the home for the current ruling dynasty the Alaouits before they gained the Moroccan territory in the 17th century. After exploring a little bit of  history and south Moroccan culture. We will have lunch in Tinjdad and then continue the road through the 1000kasbah, it is located between Merzouga and Ouarzazat. The road is always adorned with huge palm groves, and high mountains in the back, we will spend the night in a hotel in Ouarzazat

Once we take breakfast in the hotel, we will stroll down the narrow gorges before the depart to Marrakech,  as we drive we will pass by Ait Benhadou a small well known village for its cinematic location for movies like the Gladiator, Lawrence of Arabia….. It is also a unesco heritage site. As soon as we finish exploring the exquisite site we will hit the road again to Marrakech via Tizi n Tichka mountain pass. As the sun sets we will be found in the heart of Marrakech where we will spend the night in a Riad.

For your sixth day we will fully explore the beloved Marrakech, most tourists prefer stopping by Marrakech before they leave. This charming is the perfect combination of both modern and traditional Moroccan print, you could see that in its buildings in the ancient medina, you can start off by paying a visit to Jamaa el Fna square, a unesco worldwide heritage site. You can have a freshly squeezed lemon juice from the aligned dozens of shops, and then observe the snake charmers, acrobats, storytellers, musicians…. besides the square there are few recognizable museums like Dar sidi Said and Bahia Palace. You can also visit the Saadain tombs and have lunch there before we steer again to the Koutoubia Mosque although non muslims aren’t allowed to enter yet you still can marvel at the formidable architecture of the ancient civilizations, also there’s a lovely garden in front of it, if you are interested we can stop at the big malls or continue directly to Majorelle gardens the mesmerizing live nature that lays in the heart of Marrakech. Late afternoon we will be back to the hotel.

You will have some free time to explore the beautiful city. And then we will transfer you from your hotel to the airport and that would be the end of our services. 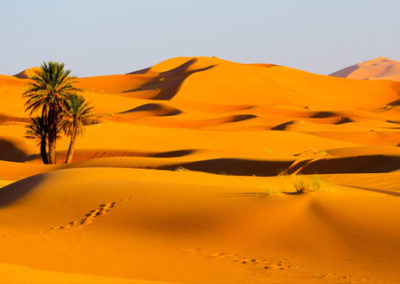 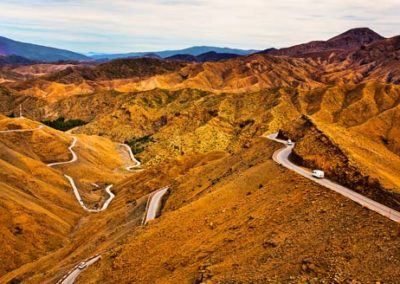 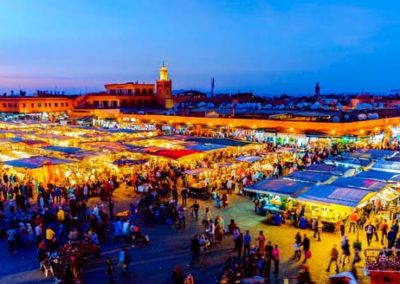